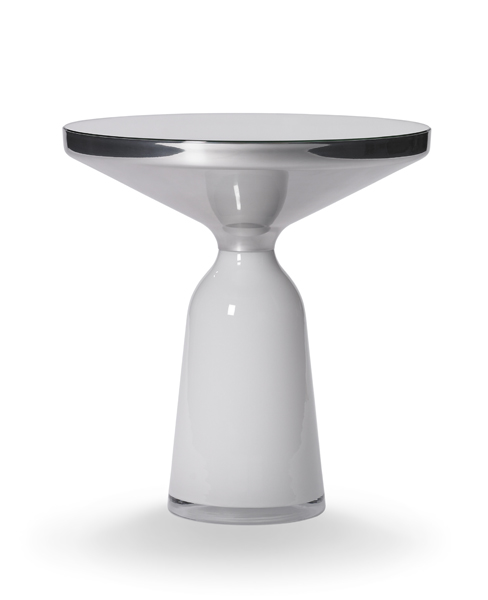 Herkner’s installation for “Das Haus” aims to communicate an open, accessible and transparent impression with round forms, flowing transitions and bright colours. The “Bell Side Table Das Haus 2016 Edition” picks up these ideas and translates the design into a new colourfulness and materiality: the clear glass base is flashed with white inside, the metal funnel is made of polished aluminium and the tabletop is mirrored. Each table is marked with a serial number and delivered with a certificate signed by the designer and manufacturer. The strictly limited edition quotes the typical aesthetics of modernism and communicates its ideas of transparency, openness and the visual merging of the form with its environment.